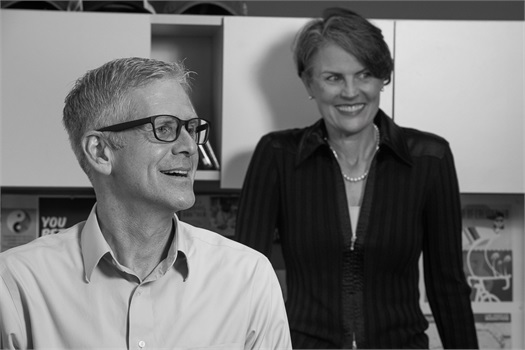 Tim Stratz and Charlotte Maya experience directly the empowerment that results from having implemented a sound financial plan.

The short story of Tim and Charlotte is that both were widowed in 2007, each with two young children. A mutual friend later introduced Tim and Charlotte to each other. They fell in love and married after a two-year courtship, blending their family of four young sons and committing to a lifetime of love, laughter and tuition payments.

This is what Empowered Financial Planning can mean.

The long story is a bit more complicated:

Tim and his wife Debbie were high school sweethearts. In 2006, the two of them had been married for sixteen years, and their sons were 14 and 10 years old. In December, Debbie was diagnosed with Stage 4 colon cancer, and she died almost exactly one year later. She had just celebrated her 41st birthday.

Charlotte and her husband Sam met in law school. When Sam died suddenly in 2007, he and Charlotte had been married for fifteen years, and their sons were 8 and 6 years old. Sam died by suicide, leaving his family and friends shocked, confused and heartbroken. He was 41 years old.

Which brings us to the financial underpinnings. Neither Tim nor Charlotte imagined that their investment portfolios, insurance policies and estate plans would become relevant so early in their own lives, but having established a firm financial foundation before Debbie’s illness and Sam’s death empowered both Tim and Charlotte to navigate the unexpected. Debbie would not have qualified for life insurance or long-term care the day after her diagnosis. And Sam could no longer contribute to his retirement fund or the children’s college savings accounts after his death.

Although Tim and Charlotte were each widowed at relatively young ages, they were both also educated, financially secure and economically independent. This stability meant that the grieving families were not required to disrupt their lives more significantly than the death of a spouse/parent already had. Tim maintained his financial planning business in South Pasadena. Charlotte transitioned to working part-time. The boys continued to live in their childhood homes, attend their elementary schools and receive care from their favorite pediatricians. They could afford to enlist the help of his, his, his, his, his, hers and ours therapists.

Tim and Charlotte maintain a passion for helping clients create a financial plan to achieve their goals and to navigate some of life’s unwelcome transitions. In fact, Charlotte refers to themselves as “Exhibits A and B” for why everyone should have an estate plan in place, even if they think they don’t need one yet. 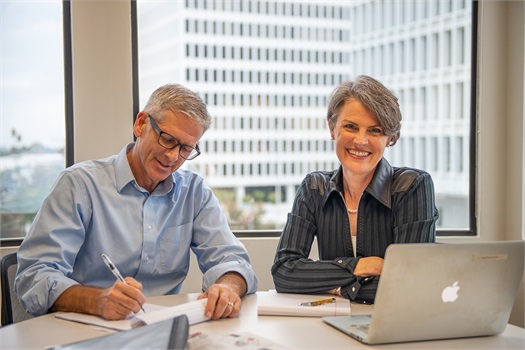 We can help you find what Empowered Financial Planning means for you.

Our business is built on a foundation of thoughtful client relationships. We remain mindful that financial plans are as unique as you are.

Tell us your story!